"Speaking about the name Veér, is hard to not mention the band’s previous name: Ravenshades. After all, the background of so deeply dark minds was forged within the hostile environment of urban and human scum. The band from Budapest started to dig the holes of their graves under the moons of 1997, taking 3 years to stab themselves and originate the first demo, coming out in 2000, with the name of “Ravenshades”. Refining their skills and sharpening their blades, the 2nd demo came to live to take some souls with it, already in 2002, called “What lives inside us”. In a regular basis, two winters later, these men show how they workout as a contagious disease embracing the “Blood, Still Warm”. Up to date, in 2005, one of their best release will be the split with Ater Tenebrae, that took the band’s name to the farthest places of the planet. The plague was getting widespread… But, after a quite long period of death, the conceptuality reached its climax, the metamorphosis was unavoidable, the contrast was unmistakable so, the newborn blood came out, Veér was presented to the world in 2009. Mature, solid, grimy, groovy and cynic, the band lined up by Jim Jones (vocals), Pagan and M (guitars), Major (bass) and Knot (drums) started a new cycle to blow up dirtiness, hopeless and disgust upon everything. The debut full-length “The measure of the waste” is considered an unique act on the Hungarian scene. Quite original, their Black Metal has nothing to do with forests, mountains, Satanism or Paganism, but instead, they show the decadence of human’s nature and the world with it. Listen by yourself!!!" 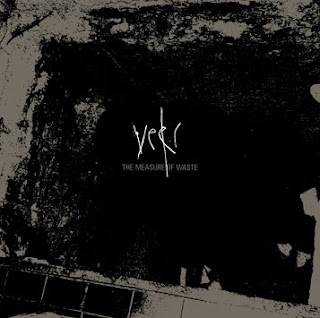 1-We've lost in light
2-Pull the trigger
3-...All these things will end
4-Novaya zemlya
5-Obsessed in piece of mine
6-Praise be to roach
7-Flesh dominates
8-Revelation
9-This spring is the last

Edition made in cooperation with Neverheard Distro
Myspace

There's a lot more reviews in several paper publications, so if you are interested check out your local fanzines and magazines.
Página inicial
Subscrever: Mensagens (Atom)